Another week gone.  Can you believe that the YEAR is almost gone?????  I better start looking towards my plans for next year!!  But for today, let's just focus on the past week. 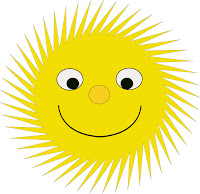 We received a check for $738 from our canceled  insurance company.  This was a surprise!!  We called them before we canceled the policy to find out how much of a refund we would get, and we were told by the agent that they didn't charge us in advance, so the refund would be minimal.  Well, this amounts to almost 5.5 months of payments (based on the old rate, before they were jacking up the rate).  So I think the agent was wrong.  I am torn whether to put it all to debt, or add it to a few other ING accounts to cushion them (like maintenance on the car, camp savings for the kids), or even to put it away as savings for NEXT Christmas! .

Other good stuff.....Christmas shopping is almost done.  I have my my boss, one more thing for Bossy, a few friends, and a few stocking stuffers left.  I am trying to be done this week, and call it a day.

I also was able to buy a bunch of stuff to ship to my neighbor, who is deployed in Afganistan right now.  I am happy to send this stuff over to him and his unit.  This neighbor has been in the reserves for 20 years, and this was his last year....and he got deployed for the first time.  I am sure being away from home at Christmas will be hard, so I wanted to do a little something for him.  I asked around, and found out what items would be best to send, and added them to my shopping list. 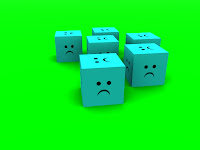 My parents canceling their trip last minute has caused alot of stress.  The emotional stress of this is probably the worst, and I had another fight with my Dad yesterday (who claimed I was angry that Mom got sick, and is totally not getting that I am angry that they waited to tell me of the issue until last minute, not that she got sick).  But we had to throw out some perishable food, and probably spent at least $100 in groceries just for their trip. However, I think the fall out of their trip is better addressed in The Ugly.

Also, the check mentioned above... if you asked G-man, he lovingly pointed out that this check was just about the same as the TV he was looking at.  Although we don't NEED a TV, he just wanted one.  He knows that it isn't happening.  But I am disappointed that spending the money on a TV was his first thought.

I went shopping on Friday and Saturday.  Knocked out a bunch of gift shopping.  But I emotionally spent on the house.  I bought decor stuff.  None of it was expensive, but none of it was needed either.  I wanted it.  I wanted to make the house nice....because in my twisted head it is somehow proving to my parents that they aren't bothering me, even though they are.  I love making the house all pretty at the holidays, and this is a huge weakness for me.  Add in my mindset, and that November and December were 3-paycheck months for us....and I quickly justified it.  It was about $175.