Did you know that it IS possible for a small space to hold more stuff than say....the Mall of America??? Holy Dog Dirt....as I was pulling it all apart, I was amazed at how much STUFF was there.

Part One of this weeks challenge was my kitchen "crap catcher."  It used to be useful.  But overtime, I have relocated items, and it became the place where paper went to die.  I would get some of it cleared out, and then MORE paper appeared!  How does it do it????

So here is the starting point. 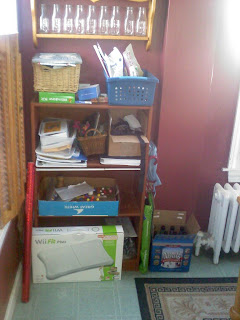 Sometimes you have to make a mess to clean up a mess.  Here is a shot mid way through the purge. 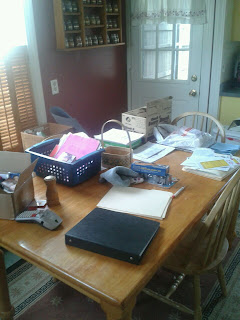 Eventually we got to this point. 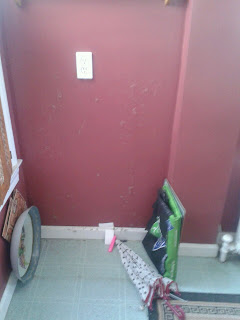 We decided to relocate the shelf to the home office/playroom (you will see it in the future!).  The yuckiness behind there was just...well....YUCK.

In the end, here is the space. 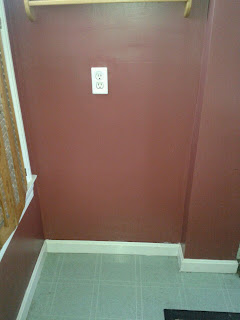 Of the "stuff," one huge bag of trash was purged.  I have a big box of stuff to be shredded.  And the remainder was files, put away, or somehow otherwise used.  My kitchen seems so much larger now!  Of course, I still hate the floor (a long time ago we were going to replace it with black and white tile.....).  But at least it is all cleaned up now!!!!

Stay tune for part two, the kitchen cabinets!!!  And the mini challenge of course.  ;)
Posted by Mysti at 4:13 PM