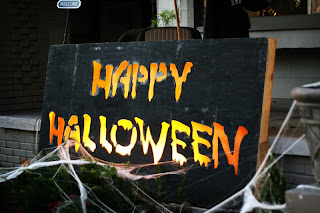 SPOOOOOOOOOKY DAY!!!  In the general Mysti world....there isn't anything Earth shattering to report.  But let's look at how we fared on the ole Halloween front:

The Good:  It is Halloween morning, and we are ready!  Costumes are done (aka, all the pieces are purchased, tried on, and just need to be worn!).  Candy is purchased (just needs to go in the big bowl....waiting to do that until later today so I don't eat it all!).  The kids and I will be carving our pumpkins later this morning. 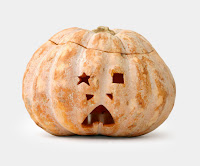 The Bad:  I bought their costumes this year.  With only one exception, I have always made their costumes.  But this year, time constraints didn't allow for it.  I spent about $20 per costume, which in my opinion is high.  His costume will be a one time deal (firefighter), as it just fits him now.  Not a chance he will be able to parlay it into anything more.  Hers....I bought an "adult" costume (technically, it is a roman goddess costume, but we are making her a "floaty" ghost) and pinned it, so she has plenty of years of use.  It can be a goddess, a ghost, a bride, whatever.  And I wouldn't be surprised if several years from now, it is splattered in fake blood and she is a slain prom queen or something.  (hey, I guess I just turned hers into a "Good!")

The Ugly:  I already know what is going to happen tomorrow.  Halloween decor will go on sale.  And I am going to want to buy stuff.  We love Halloween.  And I love having my vignettes in my yard.  I love the lights, and the spooky stuff.  Plus, I decorated with Pumpkins inside my house.  So the lure of Target will be strong.  I am really hoping to get another spooky tree!!!  I need to reign it in.

A Happy Halloween to everyone....Blessed Samhain.....please be safe out there, and don't eat too much CANDY CANDY CANDY!!!
Posted by Mysti at 9:13 AM