Let's Talk About The Finances

A post where Mysti actually talks about debt....amazing!!!  February got away from me updating here.  I was too busy dealing with snow, cars, showings, and all of the regular stuff.  As a whole, everything sort of trucked along.  The car situation certainly had an impact though.

(I have no idea why the spacing is so funky in spots.  It looks fine in edit mode, but goes wanky in publish mode.  I tried to fix it...I gave up.  Yes, it looks like poop.  I know.  But today....I am just letting it go!)

A quick run down:

I really hate that we had to adjust the terms on this when G-man left.  I feel like we are making no progress, despite paying $221 every 2 weeks.  I loved the totals DROPPING.  Now they just sort of jump off the curb.  But March is a 3-paycheck month for G-man, so that means an "extra" payment.  And by the end of March, we will have dropped below 12k....I do love those "rollover" payments where we are in a new "thousand."

So boring.  We make a payment....we make another payment.  One more payment and we are in a new "thousand" though.  But we are still a year away from a milestone...under 20k!

*sigh*  The aftermath of the car.  The car was about $1,800, although I am waiting on $100 refund for the towing from the insurance company.  Mother-in-law generously donated some to the cause, and we pulled everything we had available in the car maintenance fund.  Add in interest each month.  I am hoping that this little Murphy ordeal is the last one for a while.  I am toying with pulling a little bit from here and there to put a few hundred more toward this right now.  And we have a 3-paycheck month in March and April (for me).  I am just sort of seeing what I can do.  We also have some other bills coming up in a few months (Water, trash, car taxes in July), and I need to make sure we have those payments too.  I am really struggling to take it from EF.  I know that this is why we have an EF (and ours is currently at $3200), but I just have a hard time actually using that money. 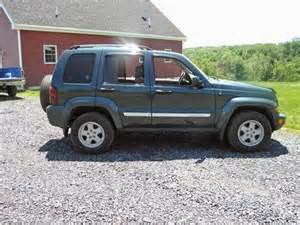 We are closing in on this one being 2/3 paid off.  At 102,000 miles, something was bound to happen....I can't be upset that something happened...it just should have been fixed from the get-go, and I am convinced that we had work done that didn't need to be done.  Tangent over.

I really hate that the interest rate is so high on this loan.  Monthly payment (before I throw a few dollars extra in to make it a round number) is $127...and about $27 goes to interest!!  But chip, chip, chip.

We applied for financial assistance for Bossy's supplies, and are still waiting on approval.  So that is just a wild card.  Orthodontics are being paid for out of Bossy's medical trust, so no impact on our budget.  We have a FSA for co-pays and such ($2,500).  I have some upcoming tests, so again...no budget hit at this time.  I also need to get new contacts, as mine have been discontinued.  That will mean a $75 fitting fee...and looking at the prices of other contacts...I have a feeling we will be spending a little more this year.

I know that this is move is the right thing....I know it is.  But I am ready for it to happen and let us really start to move forward.